Recently Nintendo of Canada extended me an invitation to their exciting Nintendo Switch Summer of Sports event at the Hangar in Downsview Park, Toronto to celebrate the new launch. Nintendo Switch Sports and Mario Strikers: Battle League. At the event, none other than legendary Toronto Football Club player Jonathan Osorio!

Before I get into all the fun things I experienced at the event, I want to mention how exciting this moment was for me. It’s been over two years since Nintendo of Canada held a live event due to the pandemic, so not only was it so exciting to finally Come back but it was an amazing chance to reconnect with members of the industry. This includes colleagues from the media, the wonderful team at CraftPR and Andrew Collins, Marketing Director at Nintendo of Canada. These people are like friends you haven’t seen in years and it was a special time to reconnect after Covid threw our lives on a loop. 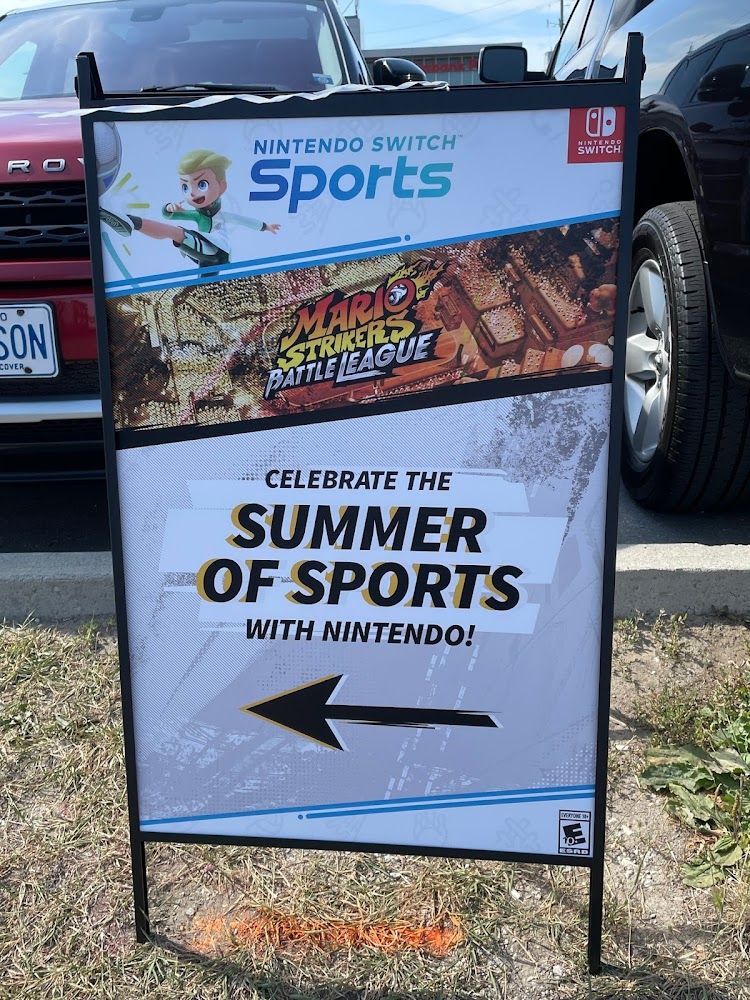 The highlight of the event, of course, was our meeting with famed Toronto FC player Jonathan Osorio. Participants had the privilege of playing a one-on-one match of Nintendo Switch Sports‘Soccer Shoot-Out, an event where you strap a Joy-Con controller to your leg and attempt to kick the ball into the goal. To add excitement and challenge to every shootout, the goal area shrinks every time you score a point, and the final round includes a “golden” ball worth double the points.

I was so thrilled and impressed with how well Jonathan Osorio coped with the kids who lined up to play Soccer Shoot-Out with him – he’s such a fantastic coach and so patient with the little ones. It was also nice to see him go the extra mile with the younger entrants to make every game an exciting rally to the finish. Osorio is so great with the kids, from his words of encouragement during games to his final high-fives as the kids wrapped up their special one-on-one time! 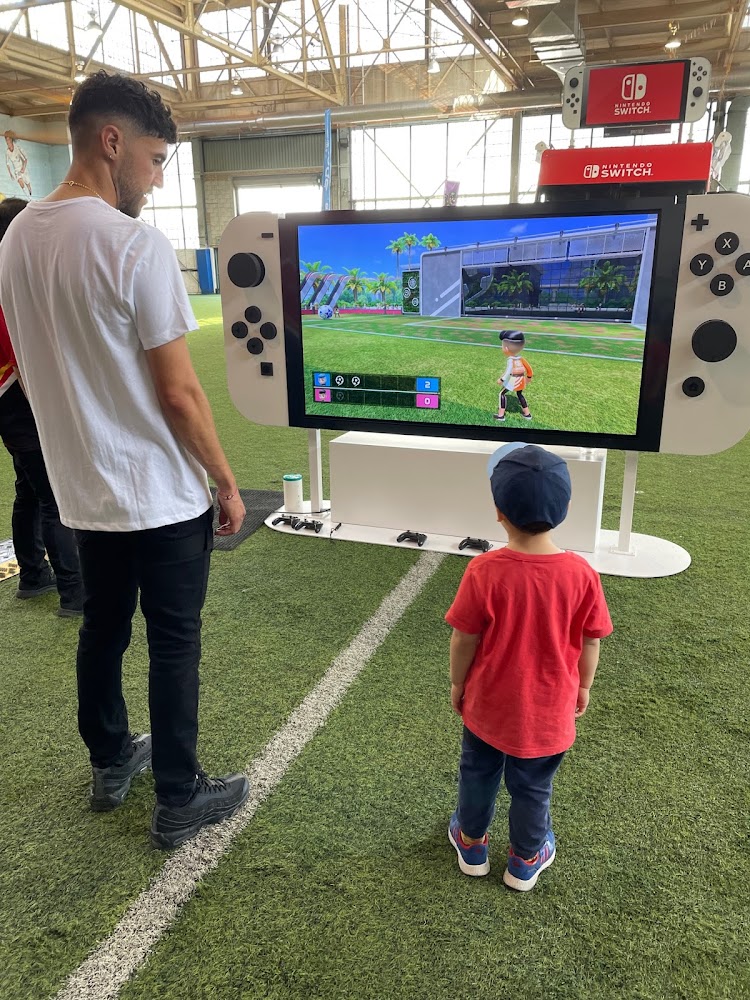 Nintendo gave everyone at the event two hours to wander around the many video game stations, including a super cool red painted Nintendo truck parked right in the middle of the lot. This is where I was going to play Nintendo Switch Sports with my family! Nintendo had reps on hand who gave us an overview of all six sports, including soccer, volleyball, bowling, tennis, badminton, and chambara (competitive sword fighting).

I played Sports Wii abundantly, more had the chance to play Nintendo Switch Sports‘ Online playtest before release, so I had a good idea of ​​what to expect. But this was my family’s first time trying Nintendo’s motion-controlled sports series and it was so good to see their excitement and smiles. Bowling is a classic and my favorite throwback sport, but it was the brand new Chambara that was the major highlight. In this sport, you can choose from a variety of swords, including dual swords, and then fight one-on-one on a suspended platform. The goal? Hit your opponent until they fall off the platform and fall into the water. My family was full of laughter playing this sport, definitely our favorite. But I must also salute badminton, although controlled in the same way as tennis, we found it easier to birdie – perfect for young children!

We also spent some time with Mario Strikers: Battle League and what an exciting “overloaded” experience it is. I like the changes in this latest iteration, such as split locations with each half themed around different characters. It certainly gives matches a new visual flair. I also love that your team is made up entirely of main characters (instead of generic sidekicks), including Yoshi, Luigi, Wario, Mario, Peach, Toad, Bowser, Donkey Kong, and Rosalina. battle league is the perfect game to relax with the family for competitive fun, or to go online for some cleat-to-cleat multiplayer action. 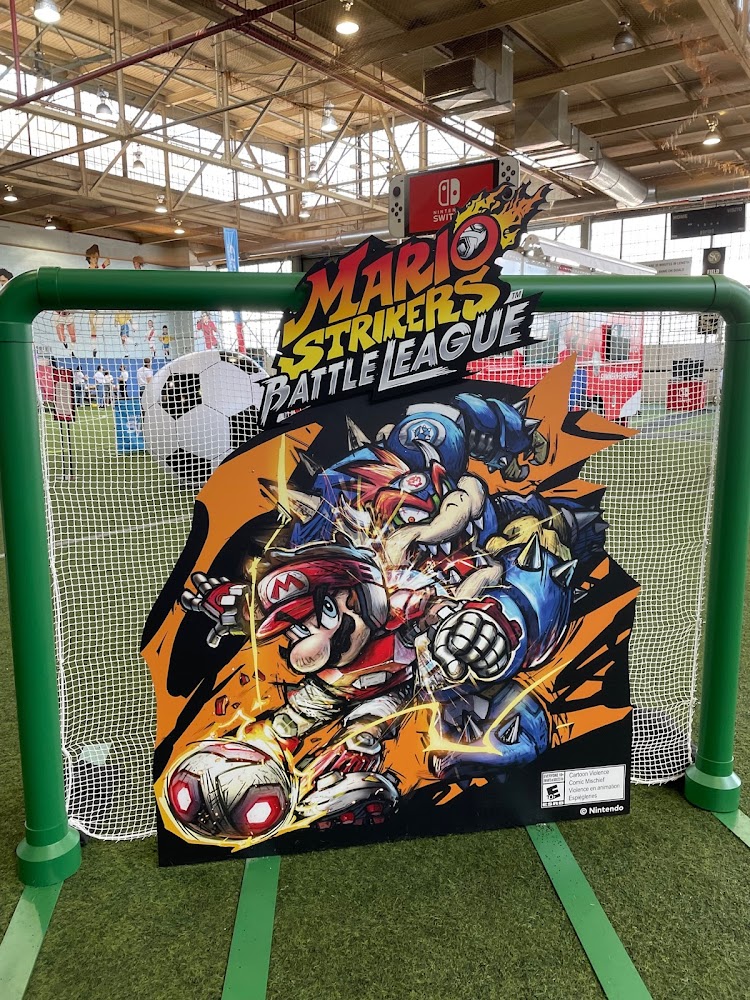 Nintendo rented a huge football pitch from the Hangar and for the little ones they filled the space with gigantic footballs as big as kids! It was fun kicking the oversized soccer balls around and seeing the kids having such a good time. Nintendo even made sure to include a goal, so the kids took turns being goalie and kicker. So funny!

There were also massive soccer balls at least five feet tall used as decorations throughout the event. I’ve never seen such huge sports balls in my life, and neither have kids queuing for pictures with them (and some even tried to kick them, but we had to tell them to stop!).

I had a wonderful time at the event and a big thank you to Nintendo for the invite. Glad to see in-person events are back, it was about time!

Here are some additional photos I took at the event. Such a great event! 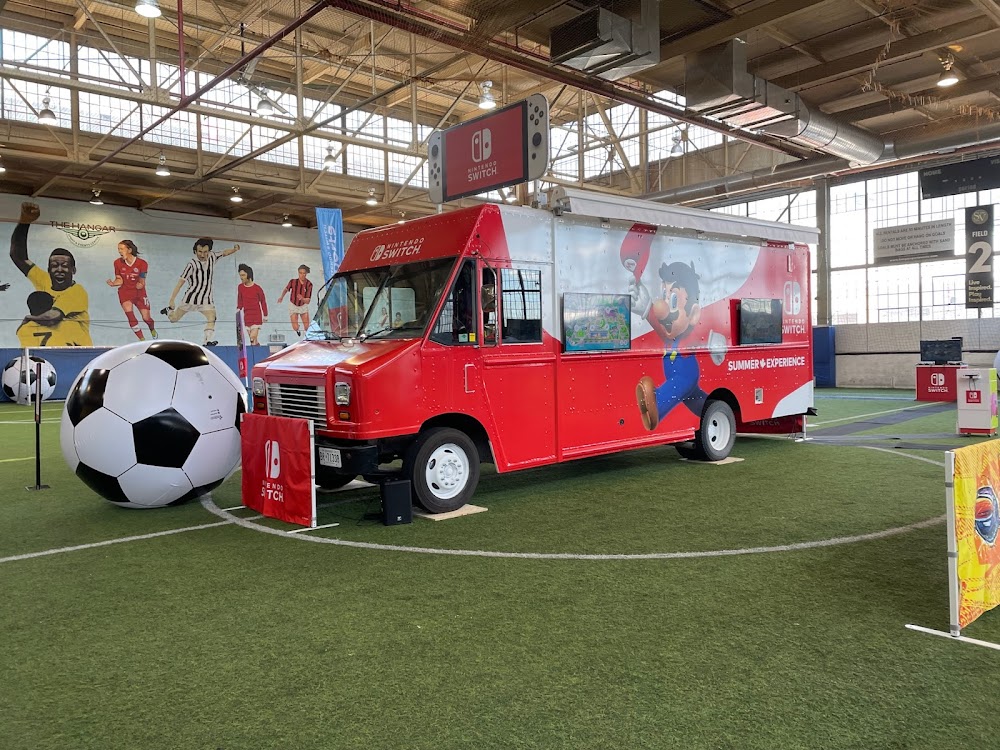 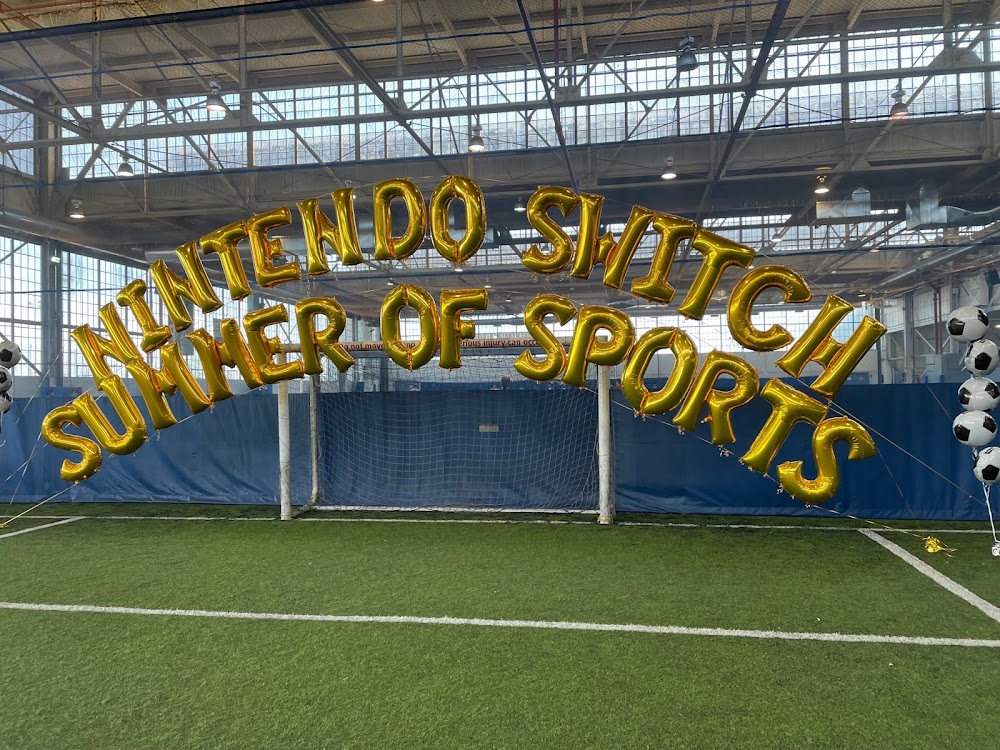 EL PASO, Texas – Their shows have delighted audiences since 2003 and Nitro Circus: You Got This! the tour will take place at Southwest University Park in El Paso on Saturday, October 23 at 7 p.m. Nitro Circus offers a mix of BMX (bike motocross), FMX (freestyle motocross), skateboarding, scooter and even outrageous gear that […]

Launch of the organization of a training course on sporting events

The Ministry of Education, Youth and Sports organized a three-day training on organizing and managing sports events, ahead of Cambodia’s hosting duties for the 2023 SEA Games. The training course will take place over three days, from June 7 to June 9. He is followed by officials from various national sports federations. Bou Chum Serey, […]

â€œEach year our members look forward to this event for competition and camaraderie. For many of them, the Wheelchair Games are a turning point, as they move from homebound to active and involved in their communities. “, said Jennifer purser, Senior Associate Director of PVA Sports, Paralyzed Veterans of America. â€œMeanwhile, many athletes are returning […]