Fujairah’s growing stature as a regional hub for adventure sports and adrenaline-charged challenges will get a boost on March 19 when it hosts the Spartan Trail Run and Tough Mudder international races.

Taking place in the state-of-the-art Fujairah Adventure Park, the event will be organized as a mega event, combining the obstacle course event and the trail race, with over 1,500 participants from the United Arab Emirates taking part. and various countries. around the world.

Organized under the patronage of Sheikh Muhammad Bin Hamad Al Sharqi, Crown Prince of Fujairah, the inaugural event will feature the best obstacles and challenges in the industry, while muddy obstacles await participants in the Tough Mudder, which is expected to test physical strength and the mental courage of the participants. 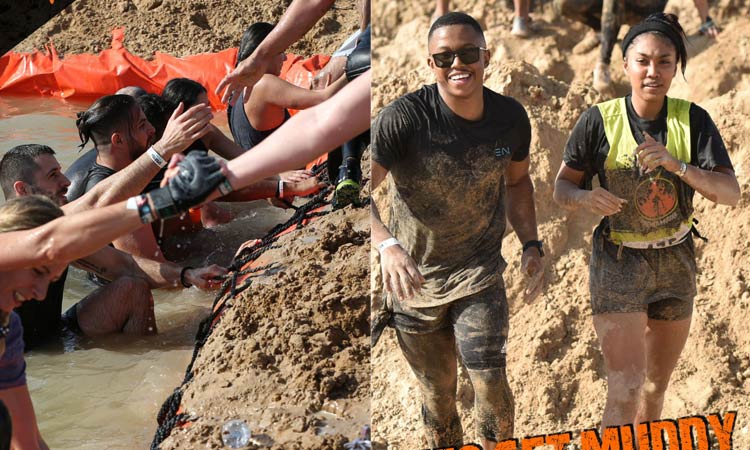 Taking place in the state-of-the-art Fujairah Adventure Park, the event attracted 1,500 participants from the United Arab Emirates and various countries around the world.

Zeineddin expressed his thanks and gratitude to His Highness the Crown Prince of Fujairah for the unlimited support, which contributes to making Fujairah a distinguished global sports and tourism destination, emphasizing that the organizing committee is working with all its energies to bring out the event in the best way possible.

Kaabi said that the choice of the emirate of Fujairah to host the event is due to its distinctive mountainous nature and wonderful climate which make it a tourist destination and a suitable place for mountain sports and adventure tourism.

Tariq Abdullah added that Fujairah will be the fourth destination in which the race will be organized in the United Arab Emirates, in addition to Dubai, Ras Al Khaimah and Umm Al Quwain, and that the organizing committee looks forward to organizing it every year. in a way that contributes to the role of sport as a better way of life.

Duncan said that this world race to be held in Fujairah will include the participation of more than 1,500 athletes, which will take place in the Fujairah Adventure Park, and that a combination of three races will be organized within this event, the race main 10km race for professional athletes and international participants, while the 5km race will be for all age groups and fitness levels. About 30% of the participants will be women.

The sponsors of the event are Fujairah Free Zone, Oryx Mix, Fujairah National Resource and National Bank of Fujairah.

Indy 500 to welcome 135,000 people in the biggest sporting event of the pandemic | News

The Indianapolis 500 is set to be the biggest sporting event in the world since the start of the pandemic with 135,000 spectators allowed to watch the “greatest racing spectacle” next month. Indianapolis Motor Speedway said Wednesday it worked with the Marion County Public Health Department to determine that 40% of the venue’s capacity can […]

Unique November Masters, the first post-coronavirus sporting event to really get you excited

EVE MUIRHEAD: Unique November Masters, the first post-coronavirus sporting event to really get excited Calendar An icon of a desk calendar. to cancel An icon depicting a circle with a diagonal line across. Caret A block arrow icon pointing right. E-mail An icon of a paper envelope. Facebook A Facebook “f” brand icon. Google An […]

The National Speed ​​Skating Oval features environmentally friendly ice-making systems that use carbon dioxide as a refrigerant, a first for the Winter Olympics. (PHOTO / XINHUA) By Andrzej Kraśnicki The Beijing 2022 Olympic and Paralympic Winter Games will soon take place. I am very excited to return to Beijing to attend this great quadrennial event, […]